UNIVERSITY OF CALIFORNIA ACKNOWLEDGES NEGLIGENCE IN DEATH OF FOOTBALL PLAYER 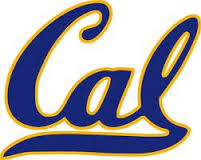 The University of California admitted negligence in a wrongful death lawsuit filed by the family of a 21-year-old defensive lineman who died nearly two years ago after a strenuous workout.  The player had sickle cell trait which experts believe can affect some athletes during periods of intense exercise.  The ailment causes red blood cells to warp into stiff and sticky sickle shapes that block blood vessels and deprive vital organs and muscles of oxygen.

The lawsuit alleged that coaches and trainers did not come to the player’s assistance when he was clearly struggling and that the University was negligent for hiring and retaining head football trainer Robert Jackson, who previously worked at Central Florida, where he oversaw a 2008 workout in which another athlete with sickle cell trait collapsed and later died.

The suit further alleged that campus officials did not provide the Alameda County coroner’s office with all police and medical records after the death.  The coroner initially determined that Ted Agu, the player, died of hypertrophic cardiomyopathy, which is an excessive thickening of the heart muscle.  But after the family’s attorneys asked the coroner’s officials to re-examine the evidence and read teammates’ account of the incident, they amended the cause of death certifying the primary cause was exercise collapse associated with the sickle cell trait.

For more information regarding the sickle cell trait, a link is provided for your convenience:     www.mayoclinic.org