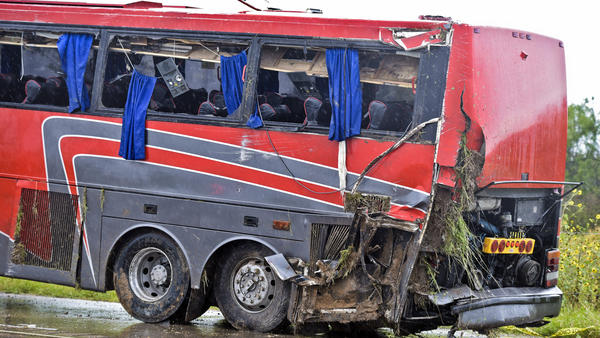 Recently in Texas, an OGA charter bus was involved in a rollover crash that killed 8 people and injured 44 others.  The South Texas bus company, OGA, had twice been ordered by Louisiana state inspectors in 2015 to take one of its buses off of the road to fix brake and emergency exit problems.  Records posted by the Federal Motor Carrier Safety Administration (FMCSA) show that regulators ordered OGA Charters to sideline the bus in May, 2015 because of brake problems and again in August of last year when they were getting worse.

So what is underinsured motorist coverage and why is it applicable?

Uninsured/underinsured motorist coverage can be purchased on your own automobile insurance policy and applies in the event that the party at fault has either no insurance or less insurance than you carry.  It is relatively inexpensive coverage and operates to protect you and your family members insured under your auto policy.  In all likelihood in this Texas bus crash case, there will be insufficient liability limits available because of the multiple deaths and multiple injuries.  In the event that the injured individuals carried underinsured motorist coverage under their own auto policy, there is a strong likelihood that additional benefits will be available for the injuries and deaths sustained.  As a practicing personal injury attorney for over 35 years, I often see clients that have either opted out of uninsured coverage or reduced the limits available.

Simply put, this is a mistake in that the coverage affords protection to you and your loved ones.  The amount should never be reduced and ample coverage should always be purchased within your automobile policy.