THE FORD PINTO MEMO: THE COST TO REPAIR VS THE COST OF PAYING INJURED VICTIMS

Did you know that Ford Motor Co. in 1973 circulated a memo amongst senior management concluding in a cost-benefit analysis that it would be less expensive to alter production of autos known to be susceptible to firey explosions from leaking gas tanks than to pay victims for catastrophic burn injuries or deaths resulting from the defect? See www.autosafety.org/ford–pinto-costbenefit-memo .

Up until the first gas crisis of the 1970s, Americans were used to 30-cent-a-gallon gasoline. So American engineers weren’t quite used to this business of dropping weight wherever possible in order to increase gas mileage. Consequently, the Pinto contained a major and potentially dangerous design flaw – the car had no classic, heavyweight bumper, as well as little reinforcement between the rear panel and the gas tank. When a Pinto got rear-ended, it was far too easy, even in a relatively minor accident, for the fuel tank to be ruptured, or worse, driven into the differential and punctured by the large bolts that held it in place. On top of this flaw, the doors could very easily jam after an accident, again due to the cracker-box construction that caused the metal to be so easily twisted and compressed. In other words, the Pinto was considered a deathtrap on four wheels.

Now the conspiracy begins. Ford was fully aware of all these construction problems. However, people didn’t know that until Mother Jones magazine published a stolen copy of an infamous memo that was sent out to all senior management at the Ford Motor Company.

Here are the highlights of the memo on the altar worshipping the Almighty Buck:

1. With expected unit sales of 11 million Pintos, and a total cost per unit to modify the fuel tank of $11, a recall would have cost Ford $121 million.

3. Allowing the accidents to occur represented a net savings of nearly $70 million.

4. Therefore, a human life was mathematically proven to be worth less than an $11 part. 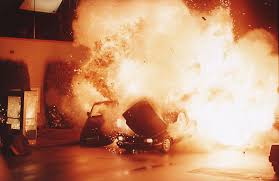