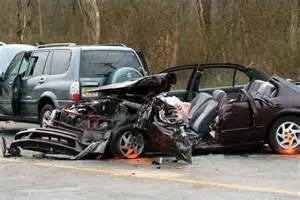 Fatigue is impairment just as real and just as dangerous as intoxication according to a recent ABC news report.  Drowsy driving accounts for 100,000 accidents each year.  Driver fatigue in the trucking industry is a well-known and highly-publicized issue.  In a study on sleep deprivation compared to alcohol impairment, researchers found that being awake for:

Reducing fatigue related accidents is on the National Transportation Safety Board’s 2016 Most Wanted List.  The agency says that fatigue was a factor in nearly 20% of its major investigations completed between January 1, 2001 and December 31, 2012.  The Institute of Medicine (IOM), reports that nearly 20% of serious car crashes in the general population involve driver sleepiness.  The U.S. Department of Transportation (DOT) in December, 2015 issued a final rule mandating the use of electronic logging devices (ELD) in commercial vehicles, to replace paper logs in an attempt to track driving times.  In a poll by the National Sleep Foundation, 60% of respondents admitted to driving while feeling sleepy and 37% said they had fallen asleep at the wheel in the past year.  Signs that you are too tired to drive, and need to pull over and rest includes: