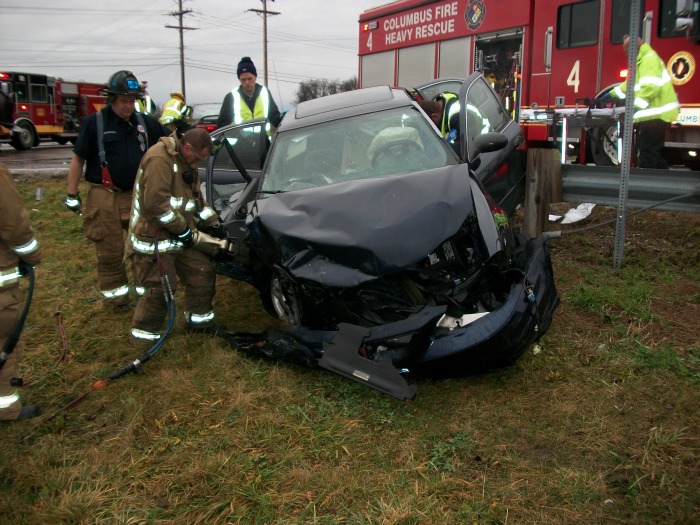 This case arises out of a fatal auto crash at night on I-71 near Cleveland.  A tow dolly connected to a pick up truck became disconnected and the driver stopped the vehicle in the travel lanes to reconnect the tow dolly.  The driver and the passengers alighted and several vehicles slowed and changed lanes after seeing the problem on the road.  Unfortunately, a doctor who was in the employ of OSU Medical Center failed to notice the men on the highway, failed to slow or brake his vehicle, and fatally struck one of the individuals.

IS THE DOCTOR RESPONSIBLE?

Ohio law R.C. 4511.21 provides that no person shall operate a motor vehicle at a greater speed than will permit the person to bring it to a stop with the assured clear distance ahead of him.  The Doctor will be negligent in a civil case for damages if the vehicle ahead of him was in his path of travel, stationary or moving in the same direction, did not suddenly appear in his path, and was reasonable discernible.

Here the Court found that the Doctor failed to maintain an assured clear distance ahead and the vehicle and occupants were discernible, and his operation of his vehicle in excess of the speed limit was a cause of the accident.  The Court also found that the actions of the decedent in alighting from his car and attempting to reconnect the tow dolly while the vehicle was parked on I-71 was also a cause of the accident.

The Court further found that the driver of the pickup truck was comparatively negligent for his failure to properly connect the tow dolly at the start of his trip.

The Court attributed a one-third apportionment of negligence each to the driver, the operator and the passenger killed.  THERE MAY BE MORE THAN ONE CAUSE TO A SINGLE ACCIDENT.  Factual circumstances of an accident may be complex, and immediate case investigation by your lawyer to preserve your claim is imperative.  Do not trust the insurance company to “BE ON YOUR SIDE”.